“Their jaws just drop,’ says Tom Walker, head of food production at the School of Food in Hackney, of the moment that children attending the new facility are told they’re going to cook and eat the herbs and vegetables they’ve just picked.

Making this connection between growing and cooking is no small achievement in an area of London where few, if any, children have access to gardens and where the Free School Meals rate for primary pupils is 50% (nearly triple the national average).

Walker is in no doubt about the role of the building in the success of the project. A partnership between LEAP Federation and charity Chefs in Schools, its mission is to improve food education in schools at a time when child food poverty has become a national issue. Not that it’s a flashy newbuild in any way. On the contrary, Surman Weston’s design is an economical, carefully-considered retrofit of a redundant school caretaker’s house that had lain empty for several years. But while it still resembles a house externally, the inside is transformed into an unexpected double-height space with a ‘wow’ factor that instantly engages the children when they arrive.”

Read the full article by Pamela Buxton at The Riba Journal 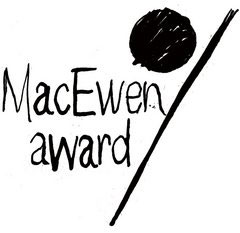